Last year at this time there were a lot of new faces making their way to Nacogdoches to begin their careers as college athletes. I sat in Head Coach Debbie Humphreys' office - all new to this blog thing and all - and we talked about how next year we wouldn't have as many newbies. After all, we had five freshman coming in and only senior force Ashley Bailey, setter Paloma Buckner and designated digger Sydney Milburn finishing up careers.

At least that was the plan.

Oh, yeah. This is college. In college, you have college aged people. College aged people change their mind a lot. They're not a very predictable bunch. But still, you like to road map stuff out, you know - look to the future. When you do that, you pencil in ALL that you currently have knowing full well you are ignoring the truth lurking in the shadows. Namely, change. It just ain't gonna be the way you diagram it up all the time.

Between the five hour drive home from San Antonio as runner-ups in the 2009 SLC Tourney and today pecking at my keyboard for the first time in far t00 long, we've had some changes.

Former assistant Erin McClanahan leaves for the greater North Dallas area after having spent five years with Humphreys and Assistant Coach Brian Yale. Erin is young and vibrant and this is great opportunity for her professionally. In some ways, people in her specific position and stage in life are meant to move on. I can honestly say in five years I never heard one negative thing about Erin. Now, there may be players and colleagues snickering right now reading that, but I personally never heard anything but positives about how she related to the athletes and went about her business. 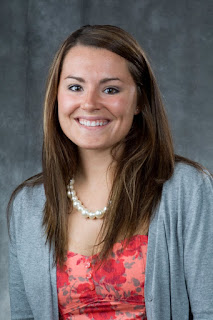 I'll admit I really liked being around Erin. She was one of the first people to pass along a compliment to me one day after a game my first year on the mic. Oh, and she is responsible for the" BRRRRRRian Yale" growl that has become customary. Unless Brian puts me in a headlock, I will continue that growl into next season in part as a way of continuing to include Erin. Erin's main memory of me is probably catching me air drumming in fine fashion while behind her at a traffic light. I get preoccupied while driving like that. She got a chuckle out of my headbanging. She is funny, downright goofy at times. Just all around likeable. OK, enough.. she's not dead... I gotta move on from this "tribute".

There are changes in terms of players too. Emily Franklin and Amber Doolittle are gone for varying reasons, but the blog wishes them nothing but the best. It's always a bit mysterious when players leave for what they see as greener pastures, but then again there are many forces at work here. They both have their reasons for leaving the program and that will suffice for me.

In addition to changes via subtraction, there are corresponding additions as well. Five newbies again. There will be three new outside hitters thrown straight into the Fall fire. All are freshman. Lauren McDaniel, who hails from where McClanahan is headed (Lovejoy HS), will join the ball control proficient Monica Pannone and 6'1" Leslie Jackson. Two new middles will also be on the court with one being freshman Lindsay Hill and the other current Ladyjack all-SLC high jumper Carrie Hahn. To replace the spot vacated by Milburn, the 'Jacks will also welcome Meagan Veach who doubles as defensive specialist and also has setting experience.

Other changes include only having 10 home games on the slate and temporarily taking a break from hosting our own tournament. We will transition back to the SLC West resulting in only three out of state conference trips, one of which is just a skip across Toledo Bend to Natchitoches. Several new coaches now populate the SLC, and the tournament - with Central Arkansas now eligible - shifts to nearby Huntsville in late November. More on all that in future posts.

I sat down with Coach Humphreys last week to discuss all of the above changes and other issues. I'll post concerning that discussion in a few more days.

Thank yous are in order. This blog is a one-year old now and so its time to start more solid food. My hope is that the analysis is better, the coverage of our team is better and that you enjoy reading here more and more. Surprisingly, I got both the occasional pat-on-the-back from other coaches around the conference as well as good constructive criticism. Fans, parents, current and past players all seemed to notice this space a little more than I expected. A sincere thank you to all who surfed over here. Just know I am always open to your suggestions.

I know for a fact that opposing team's coaches and players read here, that our own athletes and their parents read here and that just volleyball fans in general around campus stopped in from time to time. The comments are always welcomed. Anyone who spends time talking to me knows that my commitment to SFA Volleyball is sincere. I like this. I enjoy the fans and the coaches and the players. I will never have the smarts, the experience or the analytical ability as it pertains to volleyball at the level that the coaches and players do. I know that. I wouldn't want to be pretentious regarding that in the least. But, I'm not clueless either...and I study. Hard. And I read... a lot. I don't know how many people can say they read all the articles printed on all the conference teams' volleyball websites last year. But, if you're asking for raised hands, then your count just increased by one.

Several times folks have told me that this blog provides a "fan's perspective" - one different than that of a coach or parent. Well, duh. I'm a fan. Yeah, yeah, I have access to people other fan's don't, but still... most coaches and occasionally players think fan analysis is whacked, and I have playfully been accused of "being on drugs" during a few posts, but I'm just trying to do what I can do - bring readers a different view and a little closer to our club. I'm really thick-skinned (the necessary quality of being a scientist), so other's disagreeing a little or a lot with what appears here just comes with the territory of writing about sports.

If you are a student reading this, then you need to go look at the schedule for 2010 and mark the home games down. Get in the gym and watch this stuff. You will be back.

If you are related to a new player in some way... a parent or brother or sister, then look for me at the gym. I want to get to know you. Humphreys' always talks about "family" when it comes to SFA Volleyball. Your daughter just became part of a really cool extended family. Hey, if in this family I equate to the fifth cousin three-times removed, then surely you and yours are going to be well taken care of.

Despite the changes, some things here at the blog will stay the same. I will preview each player leading up to the season. We'll give conference run downs and let you know what is going on with other teams around the SLC. We will blog live from selected road games again. I hope to do more pieces this year about the players themselves - more interviews and Q and A's. We'll at least get some audio streams up here - you know, kinda like SFA VolleyRadio or something. We are still working on video. That has been tough. If anyone knows anyone who is willing to video interviews, games, etc. and has some editing skills then please let me know. I will try once again to get the SFA Radio/TV group to help with this - I think it would be a big addition to the site. I also want to pay homage to the past and include interviews with past Ladyjacks - some of which I still keep up with thru e-mail, Facebook and the like.

Finally, speaking of Facebook: Make sure and join our Facebook Group and you can also sign up for Twitter Feeds. Please, shoot me a line at greg@sfasu.edu with any and all suggestions. The posts will be regular starting now until the end of the year.