Shuffle Up, It's Time to Deal

UNO is a fun family card game appropriate for kids ages 7+ in which it is important to save various cards in your hand, match colors and numbers and.. wait.. Oops.. sorry, my bad. Wrong, UNO.

Let’s try again: UNO is the acronym for the University of Nebraska of Omaha located in the heart of the largest city in corn country. The university prides itself on its metropolitan feel and progressive form of education. What’s that you say? Oh, that’s not right, either? 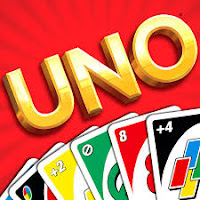 Excuse me over the identity crisis that is SFA’s first 2013 Southland Conference opponent. The University of New Orleans has had a tough time trying to figure out just who they are and just where they want to be. New conference, new logo, new pretty much everything. This is a school that planned to go to Division III, wound up Division II, went back to Division I as an independent and now finds themselves in the Southland Conference. Stability alone will constitute a step forward for UNO Athletics.

Concerning volleyball, this is a program that since 2011 has won only 12 matches. Now, “UNO” in Spanish means “one” and that’s the operative number here. In those 12 victories since 2011, only one of them has come against a Division I program not in the SWAC. That’d be the victory they scored last week against Savannah State. The Privateers would probably not like me pointing out that Savannah State went 0-34 last year and finished next to last in overall DI RPI.

Hey, look, you have to start somewhere and that somewhere will be in Shelton Gym on Thursday night as UNO Volleyball gets its first taste of actual Southland action. Last year, the Privateers went 8-15 and played six matches against now Southland foes. In those six matches, they won just four sets, going 0-for-6. They did give Nicholls State a scare in taking them to five sets. To be fair, I’ll remind you that last year Nicholls State took us to five and we escaped with the win. Also to be fair, UNO lost to Louisiana Tech this year in five sets and it took us five sets to beat them in our home opener. So, we can’t be completely dismissive here.

Still, UNO lost its first 18 sets of the year, and if SFA plays their typical game (cough, not like Ole Miss, cough), then the ‘Jacks should be in prime position for a 1-0 record by 8 PM Thursday night. Like SFA, New Orleans is a young team. They do have one Senior leader – their right side hitter Marti Richmiller who leads the team in attack percentage at a mundane .151. Of six girls with 100+ attacks, only two are hitting over .100 with the entire team managing just an .092 clip. Likewise, no one on the team has more than 16 blocks in 12 matches, with no girl averaging even a half block per set.

Other players that have been regulars include Freshman OH Cara Sander, who has actually emerged a bit lately to earn more steady playing time, Sophomores Taylor Barry (MB) and Lauren Levy (L). Kelsea Hundtoft is a Junior transfer in her first year of DI play. She often gets time at the other OH slot. The club has struggled with consistent setting as it appears multiple setters and even multiple offensive styles (5-1, 6-2) have occasionally been shifted to and fro. Overall, Sophomore Celeste Ramirez has had the bulk of the court time. ‘Jacks fans ought to look for the above names to round out the core of the starting lineup on Thursday night.

The Privateers are short for a DI roster. No active player is over 6’0” on the roster. They do have a 6’4” freshman listed, but either she is going to be redshirted or has not played in a match so far for another reason. In terms of regular players, Sander is the only one at 6’0.

Personally, my hope is that SFA again uses a 6-2 offensive set to overwhelm UNO at the net with various attackers and a consistent bigger block. On the surface, this looks like a nice match to continue to integrate Shannon Connell and freshman MB/RS Jaime Crowder. It also looks like a nice matchup for one or both of Justice Walker and Jill Ivy to have big offensive nights. It certainly would be positive to see Walker keep things rolling coming off being named SLC Offensive Player of the Week.

Of course, probably the biggest issue for SFA this week will be nursing starting OH Tori Bates and MB Jacquee Allen back from ankle injuries. Both have been integrated some in practices lately and the thought all along has been that Allen will be a little ahead of Bates in terms of a return. We’ll see how much each gets in (if at all) Thursday against UNO and Saturday vs. Southeastern Louisiana. I won’t be surprised to see Allen get a fair amount of playing time, but I am a little more uncertain about Bates. Even if one or both is good to go, limited use against UNO and SLU could be warranted. That, of course, is provided that the club is generally in control throughout the weekend and not in dire need of their services.

While I am tempted to look past the Privateers and focus more on retribution for two losses to SLU last year, my experience tells me that would be unwise. Despite a respectable 2-2 showing in Fort Worth, the age old lesson of “the game is about serve and serve receive” sure did rear its ugly head against Ole Miss last Friday. Provided we pass even decently, expect a strong start to the Southland slate on Thursday night.

Coming up, we will preview the Lions on Friday and I’ll also get in another interview with either one or two players in the coming days and post that for you to listen to. I’ll be restructuring all of the SoundCloud files, so hopefully those of you that have had trouble with them will have your problems eliminated. Finally, mark your calendars for one week from Saturday, as I will travel to Natchitoches and continue the LIVE CHAT experiences in our match against Northwestern State.

Make all effort to support the ‘Jacks twice this week.. Shelton Gym at 6:30 Thursday for UNO and 1:00 PM on Saturday afternoon for Southeastern La.
Posted by Greg Miller at 10:37:00 PM