Can You Use an Axe For an Exorcism?


About the Demons, that is.  I’m concerned about how we match up with Northwestern State.  Before we get too far, I want to get some basics out front in this article.  First, I am going to purport a theory that some folks reading this won’t buy into.  But, this won’t be the first time that’s happened, so I’m not too worried about that.  Second, those who are aware of my Demonic Conversion – dismissing them in 2011 and then championing them in 2012, might see this post as caving to the opposition or being afraid to criticize Northwestern State given I had done so years ago.  “Once bitten, Twice shy” some may say.


Nah.  That’s not it.  I am genuinely worried about the match up in Natchitoches on Saturday.  Here is where you will really think I have gone batty (appropriate reference since I have witnessed bats flying around Prather Coliseum during games):


Don’t look at any statistics when considering the matchup between SFA and NSU.


What?  The blogger who constantly cites numbers to defend his position and by trade is a statistician is now telling us to throw the numbers out the window?


Yep, ignore them.  They are meaningless.


Some will look at Northwestern State and see the following:


Fine.  Whatever.  Several times this year I have had people (not SFA people) say to me “NSU is struggling this year. What gives?” I myself have uttered these words without taking the time to really sit back and think about the first half of the season at Northwestern State.


Here is what I am telling you, dear readers:  None of the above bullets matter.  None. Zero.  Northwestern State is a good volleyball team that is quite possibly just as talented, if not more so, than SFA.  This is a scary matchup and I’ll admit to not being overly confident.  The SID’s picked this team to finish third in the conference and the coaches picked them 5th.  SFA’s rankings were flip-flopped from those.


Other than Sweet, all of the Demon’s key players return and are one year older and more experienced.  NSU is very strong on the pins:  DiFrancesco and O’Connell on the left and Neely on the right are collectively going to be hard to slow down.  Last year, we didn’t slow them down in Prather one bit.  In a three set sweep, DiFrancesco (14), O’Connell (12) and Neely (10) all had double-digit kills.  Are you kidding me?  Where was the defense at the net that night?  Oh, that’s right – I was there.  I remember.  The net defense didn’t show up. Give NSU credit – they are a tough offense to slow down because of all those talented hitters


Next, let’s talk about defense, specifically the libero spot.  Do not be surprised at all if Keelie Arneson wins Libero of the Year for the Southland Conference in 2013.  In fact, folks like me who love back row defense may be in for a treat during this match.  The two SLC liberos leading the conference in digs per set will be on opposite sides of the net. But again, throw statistics out.  I used to not be that big of a believer in Arneson, but I kept watching her.  I kept talking to people about her and have finally – like a lot of things NSU Volleyball – have come around slowly to the idea that she is an elite defender.  I thought she was the third best libero in the conference last year behind Silva (ORU) and our Maddie Hanlan.  Arneson certainly hasn’t done anything to lessen her stock during 2013.


So, NSU has excellent pin hitters, a stellar libero, and so where does that leave us?  Well, with the two keys to the match, in my opinion:  the play of the middles and the setters.  The first of these is where SFA will have to excel to win the match.   Jacque Allen, Justice Walker, and Les Jackson are more athletic and should be able to provide more offense than the NSU trio of Glynna Johnson, Vanessa Coleman and Amanda Kunz.  The issue, however, is defense.  Can Allen and Walker close blocks with the right side pin blocker on O’Connell and DiFrancesco?  Can Bates and Granger pair up with the MB’s to slow down Neely on the right?  I genuinely worry about this.  Allen and Walker can put up 20 kills between them, but will DiFrancesco, O’Connell and Neely counter that with 40 of their own?  That’s my problem.  If setter Emily Johnson can distribute the ball and keep our front line guessing and turn this match into an offense vs. offense match, then NSU can win it.  SFA’s net defense MUST come up big to frustrate the NSU attackers and get Emily Johnson thinking twice.


Now we have it out there: Emily Johnson.  5’6”, pretty much a reserve DS last year has become the starting setter due to Sweet’s absence.  Well, pretty much.  Freshman setter Natalie Jaeger has also played alongside Johnson in two-setter format for many matches.  The last two matches have been all Johnson and unless there is an injury I am not aware of, I have to wonder why?  To me, NSU seems like a perfect team to be running a 6-2, but that’s just an observation from afar.  I have no inside information about this situation at all, but I am not going to be shocked at all if NSU runs a two-setter offense against us.  Jaeger hasn’t seen the floor in the last two matches, so maybe there is something going on.  I don’t know?  But at any rate, NSU using both provided they are healthy makes perfect sense to me.


I’m sure that Emily Johnson is a great person.  I’ve never spoken to her in my life.   So, this is nothing personal at all.   I like setters that are really tall, very athletic, and contribute to blocking and attacking while also distributing the ball.  Johnson is none of these things.  But now, to my theory that I alluded to in the opening paragraph:


Emily Johnson at setter as opposed to Emily Sweet doesn’t matter as much as you think.  In fact, I don’t think Johnson vs. Sweet is the issue at all.


And with that..  my conjectures:


1) If you can’t pass, it doesn’t matter how good your setters and attackers are.


2) If you can’t attack, it doesn’t matter how good your passes and sets are.


3) However, if you can pass and you have talented attackers, then all you need is adequacy at setter and you can still win.

I know that a good setter can made an average hitter appear better than she really is.  But that counter-argument to my theory doesn’t apply here.  NSU doesn’t have average hitters.  They have excellent hitters.


Yes, this Demon team might have been built for Emily Sweet to lead and yes, Sweet is almost without argument a more talented setter than Emily Johnson.  I say, that doesn’t matter.


Pick one of these to lose if you are a Demon fan:


My conjecture is this:  outstanding passing and outstanding hitting can smooth over “meh” setting more than


1) Outstanding hitting and outstanding setting can smooth over “meh” passing.  (If you pass terrible, your setter can’t distribute the ball, you can’t run all your hitters and you stink.  We all know this.)


2) Outstanding passing and outstanding setting can smooth over “meh” attackers. (I think this IS possible, but have you ever watched an attacker try the same shot over and over and over again despite what the block is giving them?  It’s painful to watch.)


Emily Johnson and/or Natalie Jaeger just have to avoid playing terrible.  NSU has a lot of players around them to buoy up the overall ship.


OK, agree or disagree?  That’s for you to contemplate.  Where does this leave us overall?


If SFA’s middle blockers contribute on both sides of the net in very meaningful ways, then the ‘Jacks should get redemption for last years’ Demon sweep in Natchitoches.


If the pin hitters for NSU go unchecked and/or NSU’s setting gets the pins and the middles all actively contributing on offense?  Then don’t look at me.  I’ll just politely tell you “I told you so” as we quietly exit the airplane hangar about 3:30 PM.


This is not an easy matchup.  SFA will need to play a complete match at a high level to win.  We need these tests.  I see Saturday as the biggest one to date in 2013.


Oh, and finally.. that DiFrancesco hitting percentage?  There are reasons she has been out of pocket.  You had better throw that number out with the trash.  It’s meaningless, because she is back in the groove.  And as far as the 6-8 record?  There are 330 NCAA DI volleyball teams.  Their eight losses are to teams whose collective average RPI last year was 101.  That’s the upper 1/3 of all NCAA programs as an AVERAGE.  They’ve played Arkansas (32), Baylor (62) and Utah (82), who were all Top 100 programs last year.


The winner of this match can count their victory as a “quality win”.  I honestly believe SFA has reached the toughest stretch of their pre-conference tournament schedule.  After NSU, the next two are at ORU and at UCA.  Whether the ‘Jacks are a first tier or second tier team heading into the conference tournament may very well begin to be defined in the next seven days.


We didn’t lay down with the Lions – one of our stumbling blocks during the regular season last year.


Tomorrow we find out if an axe is useful for exorcisms. 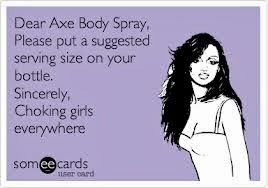