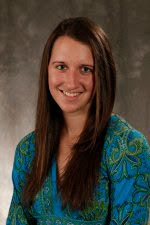 Recognize that list? It is the SFA Top 10 all-time assists leader board. With only two exceptions, I have seen all of them play.

In my mind, Jones and Dorcheus (now Marissa Avery) were the two best. I'm not sure what order I'd put them in.

Dorcheus? Always in the right spot. Just always got to the right spot. She was quick, smart and knew where to be at all times and could get there. Jones? To me, she was just deadly accurate. I never heard one attacker say they wished JJ would do such and such.. they all bragged on her ability to actually get the ball to the optimal point of contact.

But Gideon? She hits the ball. She is a legitimate offensive weapon and anyone who watched the matches in Waco last weekend was convinced of that. You know what? It isn't just hitting. Allison was able to rack up "kills" by dinking and dumping at just the right times and hitting the open floor spots. You don't have to spike it to be an offensive weapon as a setter (although I think it's cool when setters do that), but you just need to get the defense to legitimately respect you as an attacker every time you touch the ball. I think Allison is going to be that type of setter.

Here's our interview as preparation for this weeks' matches against ULM, Wichita State and Portland.

We've got our two "go-to" players on offense left to preview. MC and KO's interviews will be along in the next week or so.
If you are a student reading this for the first time now that school is back in session, make sure that - besides the home opener, you mark down Wednesday, September 15 at 6:00. We'll be in action in Johnson Coliseum against North Texas on that evening.
Now.. off to get ready for the first home match of the year.. I look forward to this date all summer.
Axe 'Em 'Jacks!
Posted by Greg Miller at 3:37:00 PM
Labels: Allison Gideon
Newer Post Older Post Home